Based on our research and findings, we assess this to be one of the most technically sophisticated exploits we’ve ever seen, further demonstrating that the capabilities NSO provides rival those previously thought to be accessible to only a handful of nation states.

I won’t claim to understand all of this — pointer programming was never my forte — but the overall explanation here is very cogent, and easy to follow. Basically, NSO Group’s exploit involved sending an iMessage-using target a PDF file with a .gif file name extension. The PDF file contained an image in the semi-obscure JBIG2 format, a black-and-white format created for fax machines in the late 1990s. Apple’s image-processing code for JBIG2 streams had a buffer overflow bug. Then it gets a little eye-popping:

JBIG2 doesn’t have scripting capabilities, but when combined with a vulnerability, it does have the ability to emulate circuits of arbitrary logic gates operating on arbitrary memory. So why not just use that to build your own computer architecture and script that!? That’s exactly what this exploit does. Using over 70,000 segment commands defining logical bit operations, they define a small computer architecture with features such as registers and a full 64-bit adder and comparator which they use to search memory and perform arithmetic operations. It’s not as fast as Javascript, but it’s fundamentally computationally equivalent.

The bootstrapping operations for the sandbox escape exploit are written to run on this logic circuit and the whole thing runs in this weird, emulated environment created out of a single decompression pass through a JBIG2 stream. It’s pretty incredible, and at the same time, pretty terrifying. 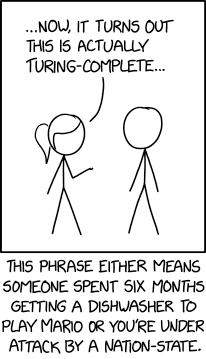 For those who missed it: https://googleprojectzero.blogspot.com/2021/12/a-deep-dive-into-nso-zero-click.html 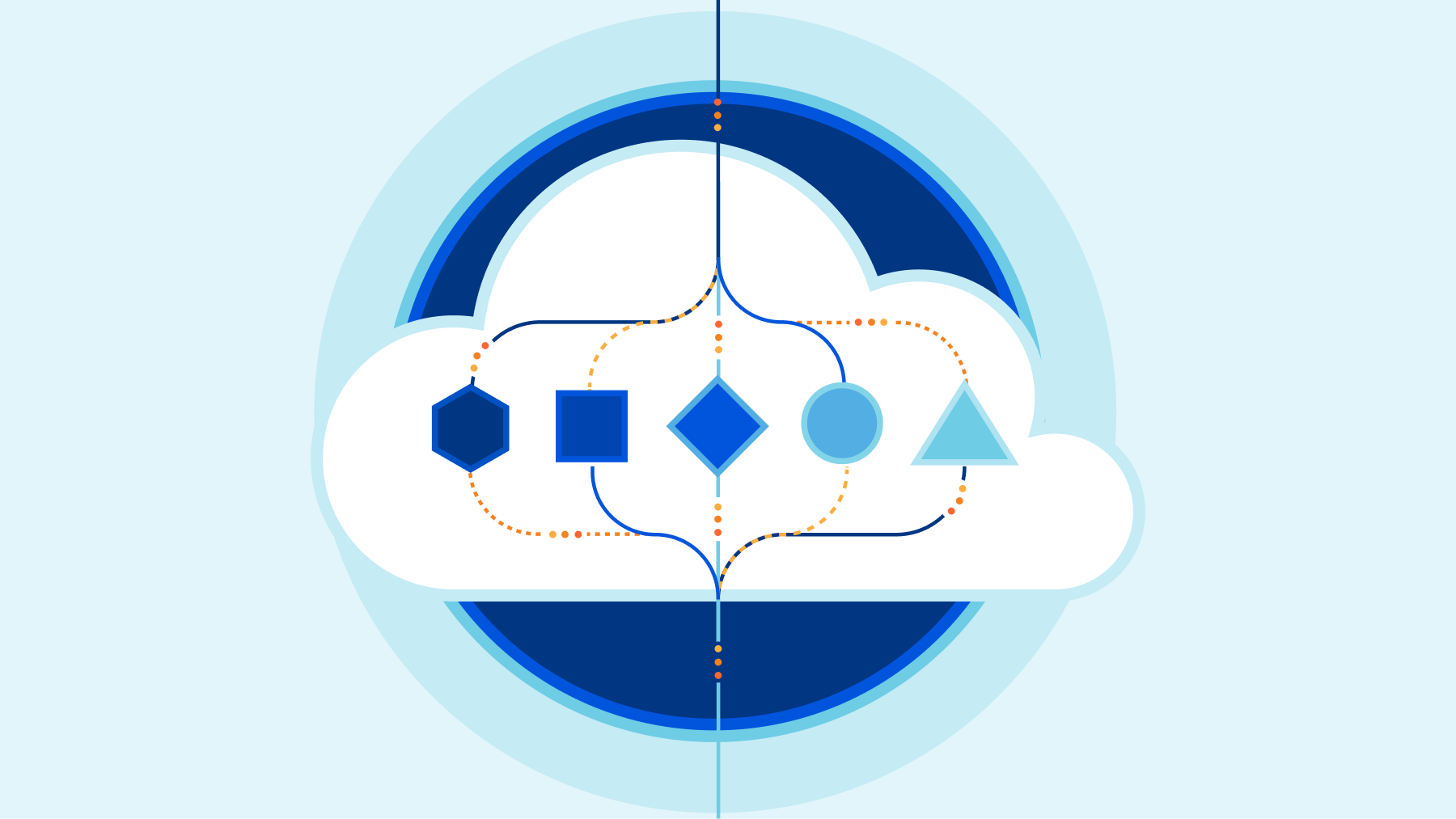 Let’s get into the R2 details.

The most familiar API for Object Storage, and the API R2 implements, is Amazon’s Simple Storage Service (S3). When S3 launched in 2006, cloud storage services were a godsend for developers. It didn’t happen overnight, but over the last fifteen years, developers have embraced cloud storage and its promise of infinite storage space.

As transformative as cloud storage has been, a downside emerged: actually getting your data back. Over time, companies have amassed massive amounts of data on cloud provider networks. When they go to retrieve that data, they’re hit with massive egress fees that don’t correspond to any customer value — just a tax developers have grown accustomed to paying.

R2 builds on Cloudflare’s commitment to the Bandwidth Alliance, providing zero-cost egress for stored objects — no matter your request rate.  Egress bandwidth is often the largest charge for developers utilizing object storage and is also the hardest charge to predict.  Eliminating it is a huge win for open-access to data stored in the cloud.

That doesn’t mean we are shifting bandwidth costs elsewhere. Cloudflare R2 will be priced at $0.015 per GB of data stored per month — significantly cheaper than major incumbent providers.

Infrequent access to objects is often trivial for providers to support yet incurs the same per-operation charges. We don’t think it’s fair that typical object storage bills a developer making one request a second the same rate as an enterprise making thousands of requests a second — or frequently a higher rate when considering negotiated volume discounts.

On the flip side, providers designed for infrequent access typically can’t scale to heavy usage.

R2 will zero-rate infrequent storage operations under a threshold — currently planned to be in the single digit requests per second range. Above this range, R2 will charge significantly less per-operation than the major providers. Our object storage will be extremely inexpensive for infrequent access and yet capable of and cheaper than major incumbent providers at scale.

This cheaper price doesn’t come with reduced scalability. Behind the scenes, R2 automatically and intelligently manages the tiering of data to drive both performance at peak load and low-cost for infrequently requested objects.  We’ve gotten rid of complex, manual tiering policies in favor of what developers have always wanted out of object storage: limitless scale at the lowest possible cost.

Zero egress means you can get objects out easily, but what about putting objects in? Migrating data across cloud providers, even if they both support the complete S3 API, is error-prone and costly.

To make this easy for you, without requiring you to change any of your tooling, Cloudflare R2 will include automatic migration from other S3-compatible cloud storage services. Migrations are designed to be dead simple. After specifying an existing storage bucket, R2 will serve requests for objects from the existing bucket, egressing the object only once before copying and serving from R2. Our easy-to-use migrator will reduce egress costs from the second you turn it on in the Cloudflare dashboard.

Our vision for R2 includes multi-region storage that automatically replicates objects to the locations they’re frequently requested from. As with Durable Objects, we plan on introducing jurisdictional restrictions that allow developers to comply with complex data sovereignty requirements via a simple API.

The core of what makes Object Storage great is reliability — we designed R2 for data durability and resilience at its core. R2 will provide 99.999999999% (eleven 9’s) of annual durability, which describes the likelihood of data loss. If you store 1,000,000 objects on R2, you can expect to lose one once every 100,000 years — the same level of durability as other major providers. R2 will be resistant to regional failures, replicating objects multiple times for high availability.

R2 is designed with redundancy across a large number of regions for reliability. We plan on starting from automatic global distribution and adding back region-specific controls for when data has to be stored locally, as described above.

R2 is fully integrated with the Cloudflare Workers serverless runtime. You can bind a Worker to a specific bucket, dynamically transforming objects as they are written to or read from storage buckets. The deep integration between Workers and R2 makes building data pipelines and manipulating objects incredibly easy.

Cloudflare R2 is designed to easily integrate with the rest of Cloudflare's products. As a few examples, our plan is to allow Durable Objects to be configured with R2 as a backup target, and provide automatic integration between R2 and Cloudflare cache to greatly extend cache lifetimes for infrequently changing objects.

What will you be able to build with Cloudflare R2?

There’s a lot you can do with long-term storage, especially with access to the Workers compute platform just alongside it.

For example, streaming data from a large number of IoT devices becomes a breeze with R2. Starting with a Worker to transform and manipulate the data, R2 can ingest large volumes of sensor data and store it at low cost. With no egress fees, it becomes simple to migrate volumes of data to multiple databases and analytics solutions as needed, dramatically reducing storage costs. With the ability to run a Worker on the outgoing data as well, the data pipeline itself is more flexible.

R2 is also a great place for CDN assets and large media files. For large files, R2 can significantly extend cache lifetimes while dramatically slashing egress bills. Combined with the Cache API and Workers, content can be dynamically cached for low-latency access around the globe.

More than anything, R2’s lack of egress bandwidth charges makes it ideal for storing content that’s accessed frequently. Today, R2 scales well to handle heavy request loads, dynamically tiering your objects to provide the best performance at the lowest cost. This dynamic tiering allows us to offer the lowest prices while supporting peak performance — with no user configuration required.

R2 is currently under development — you can sign up here to join the waitlist for access. We’re excited to work with a number of earlier users to refine and test the product. We’ll be announcing an open beta where any user will be able to sign up for the service soon.

We’re excited to continue to build the product and push towards open beta, and we have big ideas for what the future of storage at Cloudflare’s edge could look like. If you’re a distributed systems engineer who wants to help us build the future of state at the edge, come work with us!

Apple’s NeuralHash Algorithm Has Been Reverse-Engineered by Bruce Schneier
Friday August 20th, 2021 at 10:06 AM

Apple’s NeuralHash algorithm — the one it’s using for client-side scanning on the iPhone — has been reverse-engineered.

Turns out it was already in iOS 14.3, and someone noticed:

Early tests show that it can tolerate image resizing and compression, but not cropping or rotations.

We also have the first collision: two images that hash to the same value.

The next step is to generate innocuous images that NeuralHash classifies as prohibited content.

This was a bad idea from the start, and Apple never seemed to consider the adversarial context of the system as a whole, and not just the cryptography...

guilhermea
reply
People knew it was bound to happen, but this early? Wow.
London, England

Got to love when Apple blows it!
Durham, NC

zippy72
I can think of at least two governments that are probably working on the former. There's a few hackers on Twitter who claim to be working on the latter.

Clearly something that while helpful on its face has immense (possibly impossible) technical hurdles to overcome lest innocent people get flagged.
Space City, USA 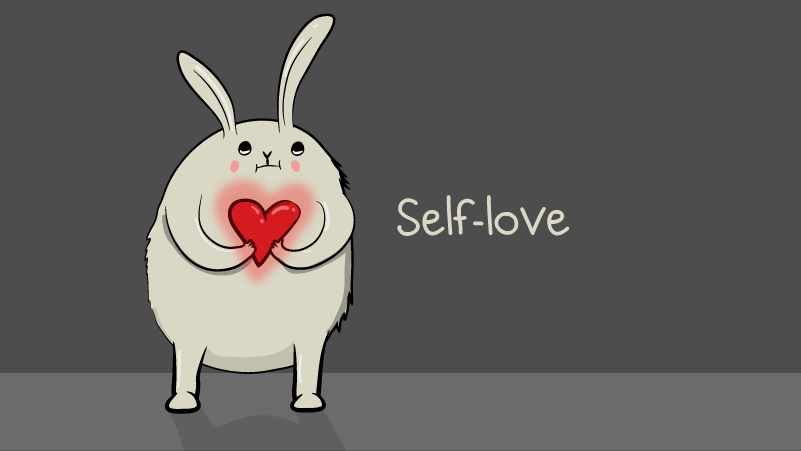 A comic about loving yourself.

Why it breaks your brain to take a compliment by Matthew Inman
Tuesday August 3rd, 2021 at 3:52 PM 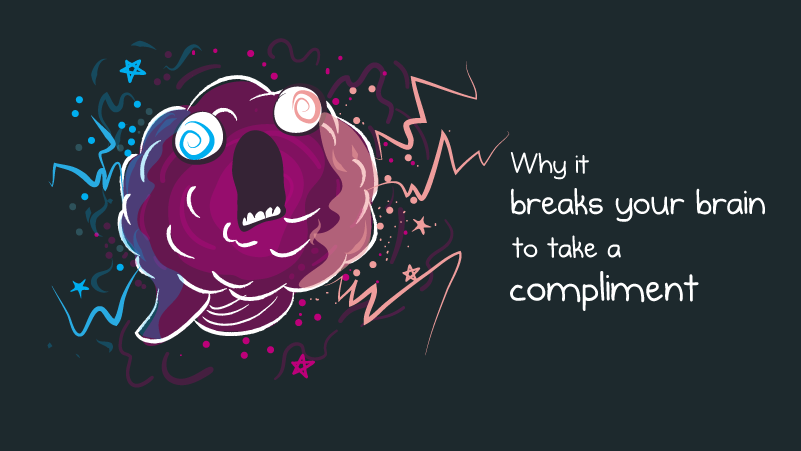 The science and psychology of why taking compliments is so hard.