Today I opened a major Apple Manufacturing [sic] plant in Texas that will bring high paying jobs back to America. Today Nancy Pelosi closed Congress because she doesn’t care about American Workers! [sic]

This wasn’t a promotion for the Mac Pro or its assembly plant. It was a promotion for Trump. This video makes it look like Trump’s trade policies have been good for Apple and that Tim Cook supports Trump. Both of those things are false. Even Trump’s predictable claim that this is a new facility is false — Apple, in what at the time was a high-profile shift, has been manufacturing Mac Pros at the same facility since 2013. Apple isn’t bringing Mac Pro assembly back to the U.S. because of Trump’s trade policies; Apple is keeping Mac Pro production here solely because Trump granted Apple an exemption to his tariffs — tariffs that he himself clearly does not understand.

But Cook went into this knowing that this is how Trump would play it — a big pile of nonsensical horseshit all the way down.

This is how Apple chose to unveil the packaging for the Mac Pro — in a poorly-shot overexposed propaganda video by the White House, scored with bombastic music that sounds like it came from an SNL parody of a Michael Bay film. Think about how it feels to work on that team at Apple.

Jack Nicas, in an acerbic news analysis piece at The New York Times:

On Wednesday, Mr. Trump called Mr. Cook a “very special person” because of his ability to create jobs. He turned to Mr. Cook and said, “What would you say about our economy compared to everybody else?”

Mr. Cook replied, “I think we have the strongest economy in the world.”

The president then took questions on the impeachment inquiry and launched into a tirade against “the fake press.” Mr. Cook stood silently nearby.

A low moment in Apple history, and a sadly iconic moment for Tim Cook. I hope avoiding those tariffs is worth it. 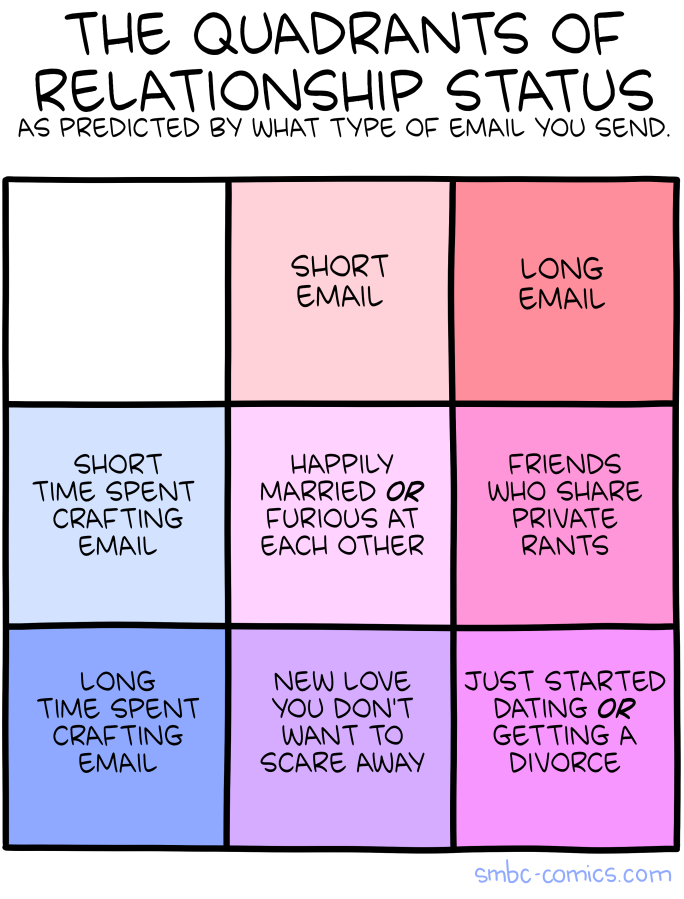 Hovertext:
Now, your homework is to make a detailed four-quadrant scatter plot. 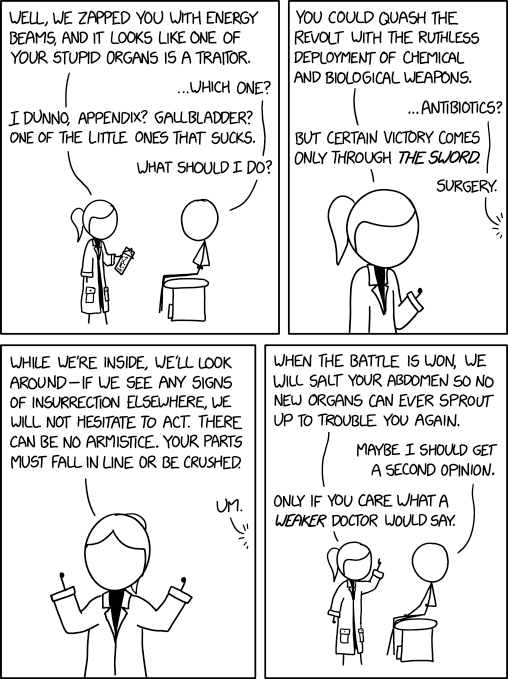 "How to fail your clinical skills exam with glory."
New York, NY

I am having an internal organ removed next month. I'm gonna think of the surgery this way.
Greater Bostonia

davidar
I hope it's one of the little ones that suck.

alt_text_bot
reply
Fortunately, after a brief skirmish, I seem to have gained the upper hand in the battle against my internal organs, at least until they learn to read and find out the mean stuff I've said about them.